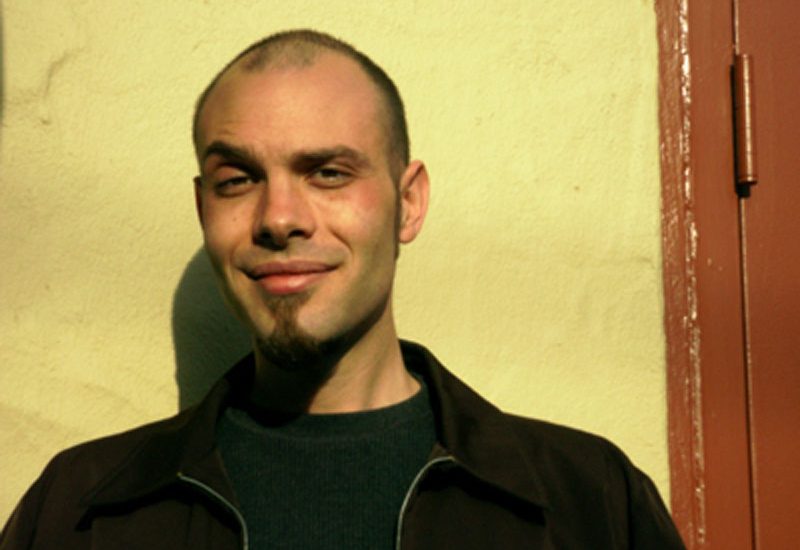 Early Years/Education: Grew up in Bellingham, Washington in a household where there was always music going on. My father played guitar and was in some garage bands. When I was in the 4th or 5th grade, I expressed an interest in the saxophone so my parents rented an alto sax for me and arranged lessons with Ray Downey. One Christmas my parents got me tapes of Charlie Parker and Branford Marsalis, that was how I first heard jazz. I didn’t really get into it until midway through high school. Lester Young’s album, “All of Me” really got me hooked. I was in the high school jazz band and had some fun. I tried out again my junior year and didn’t make the cut. I realized how much I missed playing the music, I was really bummed. My parents saw this and they suggested I take lessons again; that’s when I really started learning theory. That summer Ray Downey was remodeling his house so some of his students got to trade labor for music lessons. The following year I tried out again for the jazz band and got in.

After high school I went to Western Washington University and had the great fortune of studying with bassist Chuck Israels for a few years and also saxist Mike Allen from B.C. Around the time I was studying with Chuck, he had just met Portland guitarist Dan Faehnle. Chuck brought Dan up to Bellingham to do clinics and hang out, so I got to play with him. Dan suggested to me and fellow student Eli Reisman (guitarist) that we should come and check out Portland. Dan took us to Produce Row (for the jam session) and introduced us all around. Everyone was so warm and inviting and the general vibe was similar to Bellingham. This was around ’98, so by July of ’99 Eli and I moved to Portland. As musicians we wanted to learn more, so I enrolled at Portland State University. There I studied with Darrell Grant, Charlie Gray and Rob Scheps.

Cruise Ships: I got to a point where I needed to support myself, so I dropped out of PSU and embarked on a five year period playing on cruise ships. It’s kind of like finishing school but also a nightmare. My first contract was for seven months, twenty-seven weeks straight for Carnival cruise lines. The ship was called “The Destiny” and held eleven hundred people. For the first time in my life I was in a situation where I didn’t know anybody. Dave Fulton, the music director/ band leader, wanted perfection. When I got on the boat I was one of six new members in a ten-piece band, and one of only two of the six musicians to complete the contract. We played for the production shows, Vegas style. What kept my sanity was being able to sit in with a jazz trio. When the contract was up I returned to Portland and started working on the river boats, “The Empress of the North” was one. That was a quartet situation with a lot more freedom. We had better material and played dance sets, cocktail sets, and stretched out just a little bit. A year after I started doing that I became the band leader/contractor and booked all the musicians, set up the schedules, etc. This was from 2003 to 2006.

Bands: When I got off the boats I went back to PSU to finish my degree. The most exciting thing that happened when I got back was Darrell Grant wanted me for his band, “Truth and Reconciliation.” The only thing was I had to learn the soprano saxophone. The material for his album was written for the soprano. Needless to say, I now play soprano in Darrell’s group. The instrument takes less air than the tenor but everything has to be focused so much more. As anything, when it becomes smaller the variables become greater. The intonation can be much more squirrelly. The sound can be more hard-edged. I’ve been playing the soprano for about a year. I’m very excited about forming my own group, “Willie Matheis and Company.” The quartet includes on piano Jed Wilson, on bass Bill Athens and on drums Ken Ollis. The tunes I have a tendency to write are a little bit darker and slower. The musicians I’ve chosen are very sensitive players. Another band I’m in is the Andrew Oliver Sextet. Pianist Oliver wanted a tenor in his sextet. I met Andrew through Mary Sue Tobin. I’m also in Intervision, a soul, R&B, funk band; Trio Subtonic, a project of Galen Clark and Jesse Brooke; and the Rob Scheps Big Band.

Musical Influences: All of the people I’ve studied with, like Chuck Israels. Back in Bellingham, we really didn’t listen to anything past 1958. Here in Portland it’s been Darrell Grant, Rob Scheps, John Gross. Of course, I’m influenced by John Coltrane, Sonny Rollins, Joe Lovano et al. Currently, I really like Chris Potter and Tony Malaby (plays with Paul Motion).

Most Satisfying Experience: Playing “Bumbershoot” (Seattle’s annual arts festival) in Darrell Grant’s band. As a kid I went to “Bumbershoot” every year with my family who had a wooden toy business, and I always thought, Wouldn’t it be cool to play this festival? I was thrilled to be able to do just that. Another one is having my first real quartet playing my compositions. It’s very satisfying to have my ideas brought to life by such wonderful musicians.

Future Plans: I have almost enough material to fill my first CD, so putting out my first recording is a priority. I’d also like to teach more. I like to figure out the student’s musical personality and their deficiencies. To figure out what the student needs to spend time on in order to develop as a musician.

From Mary Burlingame KMHD-FM, “I love the tone of his playing and his musical ideas, he is a talent deserving wider recognition.”

From Darrell Grant, “Willie is developing a distinctive voice as a player, he mixes virtuosity with a lot of soulfulness, which is why I wanted him playing my music. His sound is informed by a longer tradition of saxophone players.”