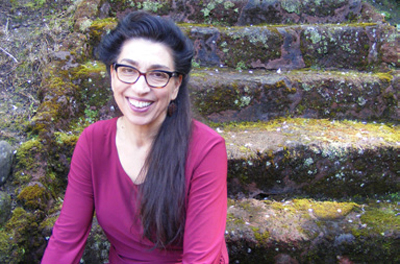 Early Years/Education: Born in London. My father played the violin as an avocation, a passionate hobby of his. He introduced me to music. I took piano lessons and violin lessons. Played violin for a while but didn’t stick with it, had no natural aptitude for it. My father was offered a job at the Cleveland Clinic, so we moved to the states, I was five. I gravitated towards the piano, because when we moved to the states our house had a concert grand, it was too large to move. We lived in Cleveland for quite a few years, and I went to the Cleveland Institute of Music. My father found a teacher for me who was Julliard trained. I studied theory at CIM and began composing very young, almost as soon as I started playing the piano. Before I had any formal training, I’d play what was in my head.

The practice of composition has always been as important to me as playing the piano. My father taught me to notate music when I wrote duets for us to play together. I’d write little etudes, sonatina kinds of things. I also wrote a musical when I was ten. My mother was an actress, so she exposed us to a lot of musical theater. My musical was put on by the local children’s theater group.

By the time I was in high school we were living in Chicago. I was involved in musical theater, I accompanied for shows and wrote for the school review. I went to the same high school as Fred Simon (Mark’s brother) and with Michael Bard. They had the jazz group. I was in awe of them, had no idea what they were doing. I was still playing classical music.

I went onto the Oberlin Conservatory as a classical piano performance major. Looking back, I should have gone as a composition major. It was not a right fit for me, it was a highly competitive environment. And I was also interested in other types of music. This was an emotionally traumatic time for me as my parents were divorcing. I was at Oberlin for only a year and dropped out. At that point I had decided I wanted to play jazz and sought out John Mehegan. He was the first jazz teacher to codify the playing of jazz into a textbook method for pianists. He taught jazz as a discipline, it was mathematical, not emotional. He taught you how to analyze chords, how to play standards, and had me listening to certain players.

On the Road: I then worked as a professional musician for many years. In my forties I decided to go back to school. I was living in L.A. and working as a touring musician. By this time, I had done two tours with Yanni and performed with him on his “Live at the Acropolis” video, had worked with Tracy Chapman, Peter Cetera, etc. I was getting disillusioned with the scene, did not like the “fickleness” of the music business, particularly as a side-musician. At that point I got a B.A. in Music Composition from Columbia College in Chicago. In had left L.A. to move back in with my mother, who was teaching there at the time. On returning to the West Coast, I got my Masters in Music from Mills College in Oakland, California. After that I worked as adjunct faculty, did musical theater, had my own band, etc. I worked a show where I was the musical director and it lasted two and a half years. That’s when I thought, What’s next? I then found out about music librarianship. I went to library school and now have a degree in library science.

Portland: Why Portland? I subbed on a nationally touring show called “Peter Pan” with Cathy Rigby, and the show got to be here a whole week. My husband came up to visit me, and he’s the one who started putting the bug in my ear to move here. We started talking to the pit musicians who live here, and they all said they loved it. I found out afterwords that many people move here after they come through on a show.

My husband and I moved here in 2010. I was looking for an academic music instructor job but got offered a national theater tour with Jersey Boys [instead]. I was gone almost three years. It was hard to give it up: got to conduct the show, was making good money and love the theater. You’re so immersed in this community, it’s like a family, you have a family while you’re in a show. Today: Currently, I work as an accompanist for a lot of Portland vocalists like Melanie Roy, Susan Sandel, Paula Byrne, Bre Gregg, Barbara Lusch, etc. As an accompanist, I’ve always admired other accompanists. Even when I was a kid, I remember reading a book called “Am I too Loud” by Gerald Moore, who was a famous classical accompanist. I’ve always liked to accompany singers, my sister is a singer. Because I’m a composer and a songwriter, I appreciate the construction of a song, I appreciate the lyrics, the meaning, the phrasing. I really like the feeling of locking in with the singer, being able to match them, being tasteful.

Actually, playing my own music is what I love the best. I’m thinking of doing a house concert with my group, Homiopathy PDX. I’m updating my originals and arranging them for quintet instrumentation. My music is not straight ahead. I’m not really immersed in the jazz world, but I did pay some dues in that area, especially living in New York. I cut my teeth on that scene, which can be brutal at times. There you have a constant influx of talented people from all over the world and it eventually all settles. You find your own level. I found my community, we supported each other.

Most Satisfying Experience: When I really think about the high point, it was in the late ‘80s and early ‘90s living in the Bay Area. I was part of a community of phenomenal players. I was a prolific writer at the time, and we’d play each other’s music. It was my golden age for really learning and being creative. Some of those people included William Kennedy (drummer for the Yellowjackets), Benny Reitveld (was with Miles, now with Santana), singer/percussionist Vickie Randall (Jay Leno’s The Tonight Show), Bonnie Hayes (now head of vocal department at Berklee in Boston), vocalist Linda Tillery, guitarist Ray Obiedo, and drummer Dave Garibaldi (Tower of Power). Certainly playing The Acropolis with Yanni was a high point. I toured with him three years. The first year it was just a ninepiece band, the next year we recruited orchestras in each city, then we did “Live at The Acropolis” video (1993), and after that he toured with a full orchestra.

Future Plans: I don’t really want to go on the road again. I’m happy working on my music with the great players who live here. I love playing mine and other musician’s original music. I’m not that excited about playing standards anymore, mainly because there are players who do it so amazingly well; it’s not my focus. However, I do enjoy playing jazz, and when people call me to do gigs I always enjoy myself and feel fulfilled. Hope to continue meeting more players here, there are tremendous musicians in Portland, it’s an amazing scene.

Other: Conducting a Broadway show is like being a pilot … you’ve got video, audio, phones, you’re giving cues, getting cues, you’re playing; it’s a high stress situation for eight shows a week.